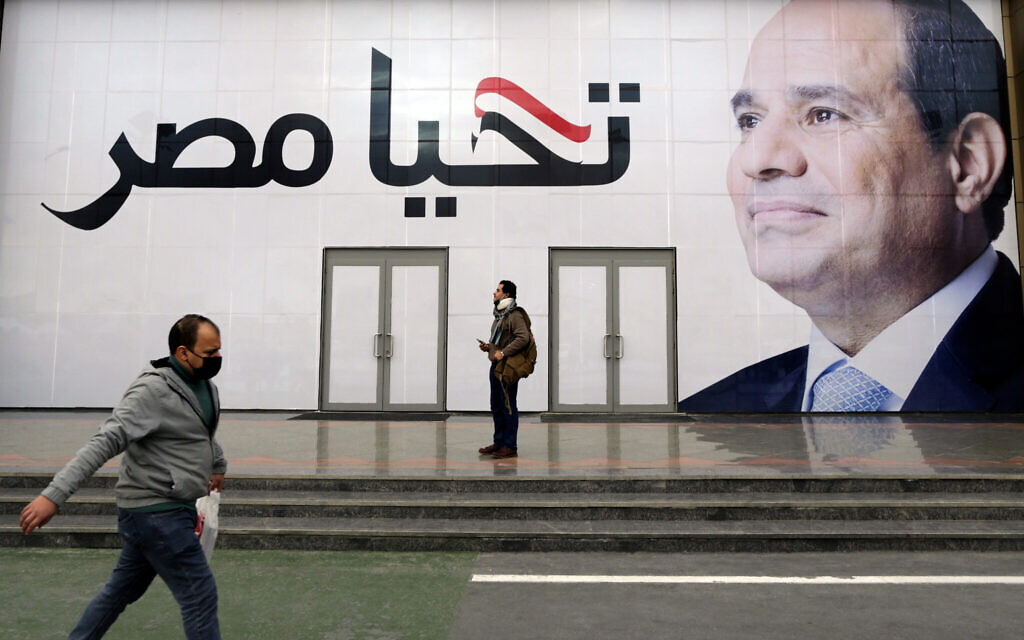 Israel and Egypt are working to strengthen their economic ties and hope to reach $700 million in annual bilateral trade over the next three years, the Economy and Industry Ministry said Sunday.

Under a proposed new plan, the two countries are expected to jointly develop Nitzana Crossing between them, where trade is run, as a regional logistics hub and joint employment area; engage in R&D cooperation; develop joint projects in the field of green energy; and increase the number of direct flights. The plan will also see Israel increase its imports of food, fresh fish and building materials from Egypt and its exports of agricultural solutions and technologies.

The two countries are targeting annual trade (excluding tourism and natural gas exports) of about $700 million by 2025, up from about $300 million in 2021, according to the ministry.

The new plan will expose more Israeli industries to the Egyptian market and make development and infrastructure projects accessible to Israeli tech companies, the ministry added.

Economy and Industry Minister Orna Barbivai said the countries will work to upgrade the Nitzana crossing, “which will promote trade relations with Egypt and create quality jobs in the south”. [of Israel]parallel to the activity of Israeli companies in the Egyptian market, and lower the cost of living [in Israel] by importing food and cement.

Israel and Egypt signed a peace deal in 1979, but relations have been mostly frosty, thawing more recently in recent years. The countries maintain close security ties and share security interests in the Gaza Strip as well as Sinai and the eastern Mediterranean, but most Egyptians reject ties with Israel. Cairo, like Jerusalem, views Hamas leaders in Gaza as a serious threat and has restricted passage to and from the enclave.

In early 2020, Israel began exporting natural gas to Egypt, marking a historic moment for both countries.

The move came shortly after natural gas began flowing from the massive Leviathan gas field, and about seven years after Israel began pumping gas from the nearby Tamar field. 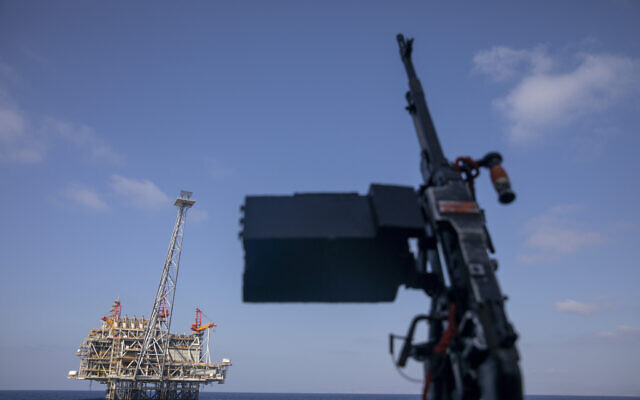 In this file photo from Tuesday, September 29, 2020, Israel’s offshore gas field Leviathan is seen aboard the Israeli Navy vessel Lahav during a rare tour of the Mediterranean Sea, Israel. (AP/Ariel Schalit)

Leviathan, discovered 130 kilometers (81 miles) west of the Mediterranean port city of Haifa in 2010, is estimated to contain 535 billion cubic meters (18.9 trillion cubic feet) of natural gas, along with 34, 1 million barrels of condensate.

American Noble and Israeli Delek, the consortium leading the development of Leviathan and the smaller Tamar field, struck a 10-year, $15 billion deal in 2019 with Egypt’s Dolphinus to supply $64 billion of cubic meters (2.26 trillion cubic feet).

Times of Israel staff contributed to this report.

You are a dedicated reader

We’re really glad you read X Articles from The Times of Israel over the past month.

That’s why we started The Times of Israel ten years ago – to provide discerning readers like you with must-read coverage of Israel and the Jewish world.

So now we have a request. Unlike other media, we don’t have a paywall in place. But since the journalism we do is expensive, we invite readers to whom The Times of Israel has become important to help support our work by joining The Times of Israel community.

For just $6 a month, you can help support our quality journalism while benefiting from The Times of Israel WITHOUT ADVERTISINGas well as access Exclusive content only available to members of the Times of Israel community.

Thanks,
David Horovitz, founding editor of The Times of Israel