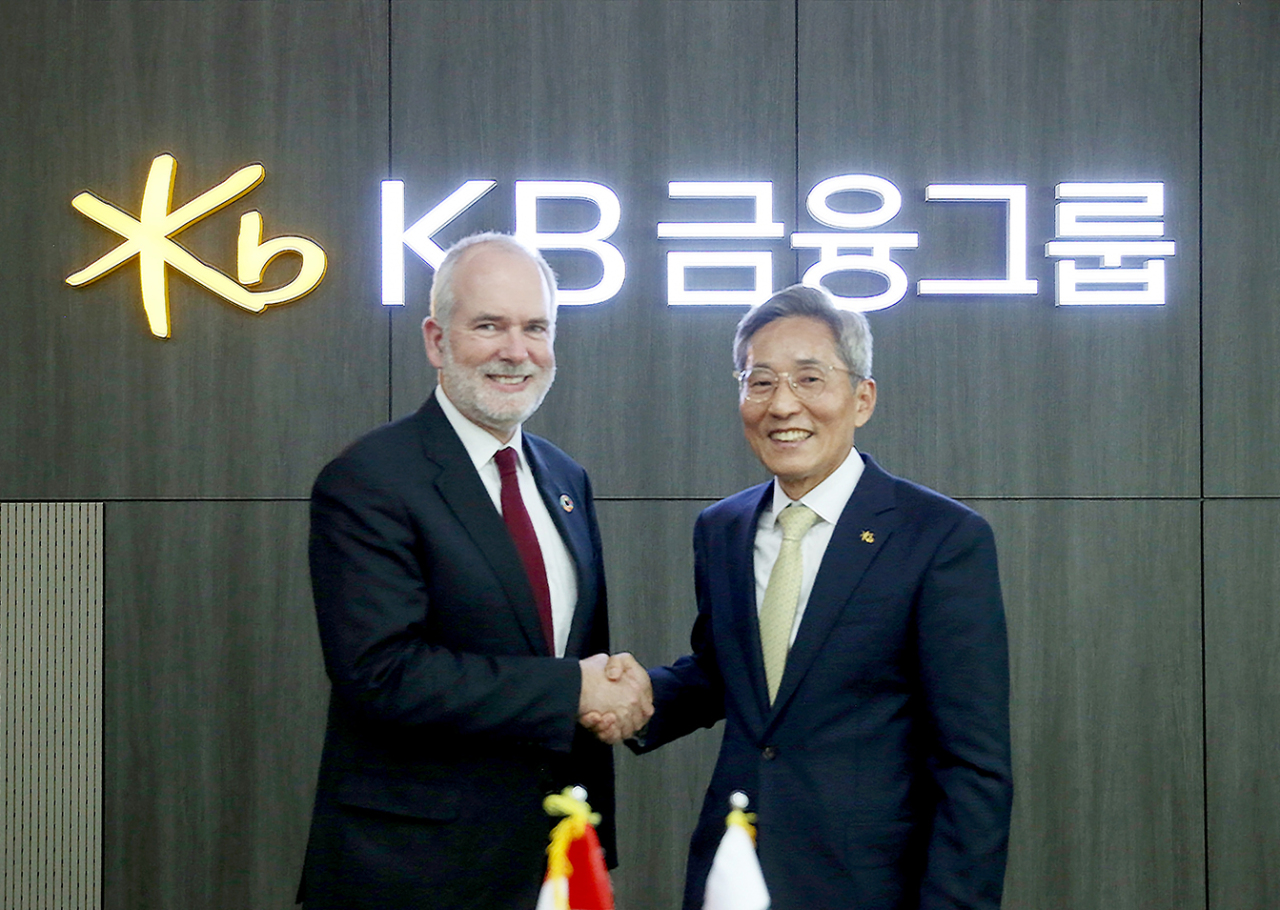 At the meeting held on Thursday, Yoon explained KB’s efforts to promote awareness of a low-carbon economy and direct the group’s strategy towards carbon neutrality. KB is currently pursuing its net zero goals with a strategy called “KB Net Zero STAR” and has established an environmental, social and governance investment strategy called “Green Wave 2030”.

Christensen shared progress in the use of renewable energy in Denmark and presented ways to strengthen cooperation between the private sectors of the two countries.

Following the meeting, Yoon said he hoped there would be great synergy between the European country’s experience in switching to renewable energy and South Korea’s technological prowess.

“KB will extend its financial support to the areas of clean energy and carbon neutral activities,” Yoon added.

Meanwhile, the meeting came a day after Chairman Yoon was appointed to the Asia-Pacific Regional Advisory Board of the Glasgow Financial Alliance for Net Zero. GFANZ is an initiative created in coordination with the United Nations to accelerate the movement of the financial sector towards a net zero economy.

GFANZ recently opened its Asia-Pacific office and invited six financial experts to its advisory board.

Yoon is the only GFANZ member from the South Korean financial sector.