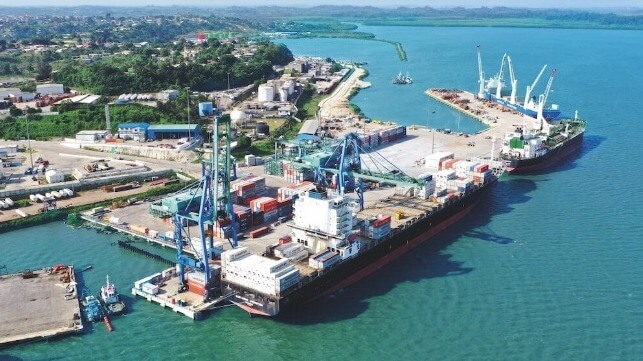 If you want to understand the economy of a country, as the saying goes, just look at the ports. And a close look at African ports tells us that natural resources will continue to drive trade in many parts of the continent for years to come. Despite a global energy transition that favors renewables over hydrocarbons and a push for local manufacturing, we are seeing a trend towards new port infrastructure influenced by a huge appetite for the export of natural resources that will transform African economies.

There is a general consensus that Africa is the region most endowed with natural resources. Its arable land accounts for nearly a quarter of the world’s arable land, giving the continent unrivaled agricultural potential. This abundant land also has the particularity of containing strategic natural resources for world industry and for the economic development of the continent: 85% of the world’s platinum, 60% of manganese, 50% of cobalt, etc.

Over the past two decades, the region has experienced sustained growth in the exploitation of its natural resources, driven by increased interest from foreign investors and the desire of African governments to identify new sources of financing for their development policies. development. The significant increase in commodity prices, combined with exponential demand from emerging powers such as China, therefore provides an encouraging context for the emergence of a sustainable African mining industry. New port infrastructure being built across West Africa, from Gabon to Ghana to Côte d’Ivoire, is meeting this demand.

However, the sector still faces many challenges in meeting expectations. The intensification of mining has led to a redefinition of geographical spaces on the continent. The mining sector requires both the construction of support infrastructure for the extraction of resources and their transport to the areas where they will be processed. In areas that were previously almost exclusively dominated by traditional agriculture, the development of mining sites is causing significant structural changes in the local economy. Although mining is a capital-intensive sector, it is the economic activities that develop around the mines that ultimately provide the most employment. However, as the literature on the economic impact of natural resources in developing countries shows, the transformation of natural resources into economic prosperity is not a guarantee (especially in the absence of strong government institutions).

Indeed, the structure of exports of minerals, metals and hydrocarbons has changed considerably over the past two decades, both in absolute terms and in terms of trading partners. For many hydrocarbon-poor countries, the growing interest in exploiting their minerals and metals provides a crucial link to global markets and value chains. However, without infrastructure facilitating the movement of goods and people (land, sea, storage, etc.) that is both well maintained and technologically equipped, African economies struggle to exploit the potential of their vast resources. Faced with this situation and the immense need for investment and technical expertise that these projects represent, governments are increasingly resorting to public-private partnerships.

In Gabon, for example, the government clearly shows its desire to finance this new phase of its development by becoming a key player in the mining sector. Indeed, faced with the drop in its oil reserves, which represented an average of 45% of the country over the last five years, the country has endeavored to put in place an attractive framework to attract international economic operators in the mining sector. The country has 885 kilometers of coastline, making it one of the largest maritime windows on the African Atlantic coast. As the historic port infrastructure does not have the capacity to support the country’s economic transformation, the Gabonese government has turned to foreign partners to establish a link between the country’s mineral trading activity and international demand. The Owendo Mining Port, born of a public-private partnership between Arise Ports & Logistics, the French investment fund Meridiem and the Gabonese State in 2017, is the direct result of the transformation of the Gabonese economy.

Similarly, the Ivorian government has taken advantage of its maritime assets to attract new economic flows. For example, the Polyvalent Industrial Terminal of San Pedro, the result of a collaboration between Arise Ports & Logistics and the Ivorian authorities, now exports 95% of nickel. This new economic asset, which is part of the overall project of the industrial zone of San Pedro, testifies to the ongoing transformation of African port areas. Equipped with two deep water quays (13 and 15 meters respectively), the terminal is capable of processing up to 160,000 tons of ore. These quantities were unimaginable a few years ago.

However, it is clear that the operational success of a port depends on many conditions, and the failures of some new African ports bear witness to this. The operational efficiency of a port depends on its ability to develop efficient logistics tools and to integrate the port system into a much larger multimodal transport network. Finally, we can say that a port draws its strength from the quality of its partners. By developing tailor-made solutions adapted to the industrial ambitions of the regions in which they are located, and by working with the public authorities to ensure the site is well connected to the transport networks of the country (or even of the sub-region), the operators ports give the industries of African countries a definite comparative advantage.

The views expressed here are those of the author and not necessarily those of The Maritime Executive.