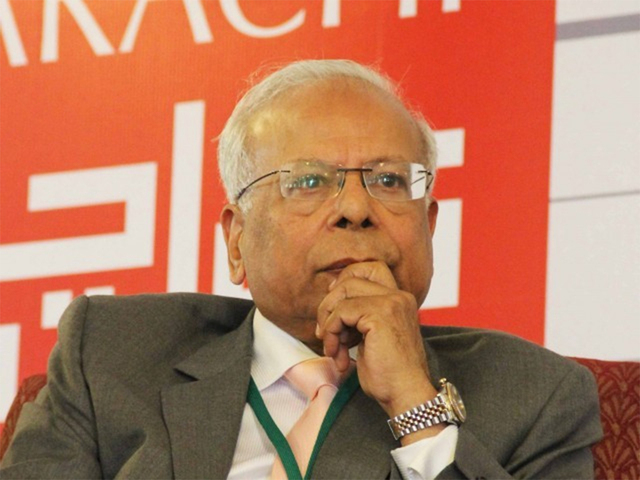 Karachi: Former Governor of the State Bank and Advisor to the Prime Minister on Institutional Reforms and Austerity, Dr Ishrat Hussain called on the Islamic banking and finance industry to do more to distinguish it from conventional banking and play its role in reducing poverty and inequalities in the country.

He was speaking as a guest of honor at the 5th International Conference on Islamic Banking and Finance (ICIBF -2021), organized by the Institute of Business Management (IoBM), Karachi.

In his virtual opening speech, Dr Ishrat Hussain said that 18 percent market share and 30-32 percent growth rate is a good achievement but falls short of our expectations at the start of Islamic banking in 2001.

He said that Islamic banking is not only free for Riba which is one of its essential attributes, but it is different from traditional banking because it aims to take care of our disadvantaged brothers and sisters, poor and vulnerable and unless we bring them with others to the same standard of living, we are not fulfilling our function as Islamic bankers.

He urged the Islamic banking sector to combine the essential instruments of the Islamic financial system, including Zakat, Takaful, Qarz e Hasna, to create Sharia-compliant products and services that can truly target marginalized groups in need of financing.

Dr Ishrat Hussain highlighted the importance of micro-finance to create social impact and urged Islamic banks to lend microfinance products especially for the backward regions of the country, including Balochistan, southern Punjab, KPK and rural Sindh instead of the country’s three major cities. .

He called FinTech and collaboration between Islamic banks as keys to expanding customer base and promoting financial inclusion in the country.

Speaking, Talib S. Karim, President of IoBM, said results-oriented research needs to be developed based on the findings of this conference, as students are expected to learn from the deliberations.

Omar Mustafa Ansari, Secretary General of AAOIFI, Bahrain, said Islamic mutual funds generate a higher share. He added that socio-economic growth has great potential in Pakistan. The promotion of social finance must be integrated with traditional finance, he added.

Junaid Ahmed, President and CEO, Dubai Islamic Bank, shared four life lessons with the students, including: humility, service to humanity, submission to Allah and giving. He referred to the relief measures taken by the Government of Pakistan and the State Bank of Pakistan. He shared DIB’s initiatives including focus on digital banking, talent development, women empowerment, among others.

Lioner launch ceremony in the presence of partners from the financial sector; new…

Beyond investing – how the financial sector can achieve holistic sustainability

How Much Should Financial Industry Leaders Trust in Academic Research?