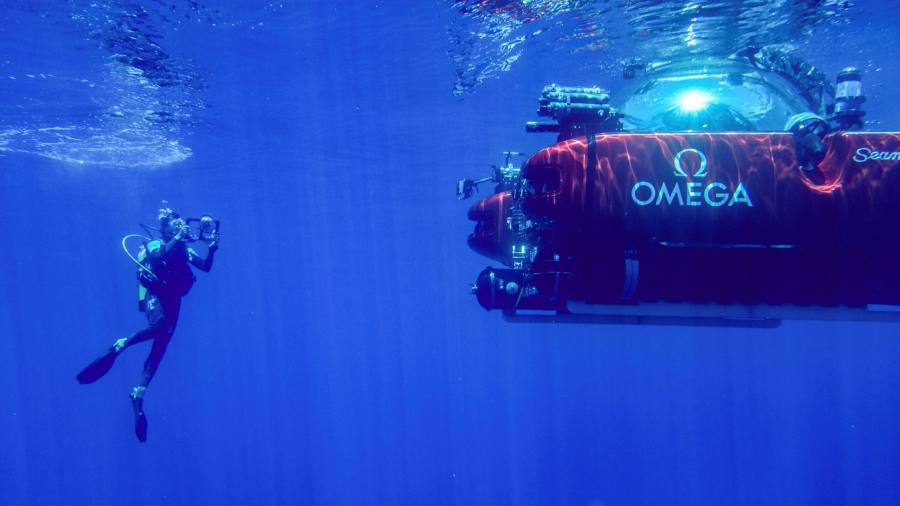 Luxury watch companies have played a big role in partnerships with major conservation agencies. Hublot helps save the rhinoceros. And Omega tries to protect the oceans, as well as clean up space junk. Close ties with nonprofit organizations have a positive effect on consumers – and on the bottom line. Being good is good for business.

Research published by consultancy Accenture and the World Economic Forum in September found that 66% of consumers plan to make “more sustainable/ethical purchases” in the next six months.

But pressure is mounting on brands to disclose their sponsorship deals with conservation charities. Accusations of companies making misleading claims about their environmental credentials – so-called greenwashing – are never far away.

“Not calculating and publicizing your impact is so 1980s,” says Damian Oettli, head of markets at WWF Switzerland. “You can’t do this anymore. The whole industry is fundamentally sensitive to greenwashing. Everyone wants to tell a wonderful story and then struggles to save it.

Four years after the report, Oettli says the situation has not improved. “This industry was, and still is, 20 years behind the industries that have been most exposed to environmental criticism,” he says. “These companies supporting a charity here or there – that’s where other industries started two decades ago. The real measure is how much they reduce their [environmental] impact.”

Industry analysts say watch brands need to catch up. “You can’t just care about business, you have to care about society and the environment,” says David Sadigh, founder of Geneva-based marketing agency Digital Luxury Group. “It will become even more important as the pressure will come from investors and the stock market to be a good company.”

Brands understand the marketing power of environmental stories. Ulysse Nardin, for example, made a great white shark a brand ambassador. “Let’s be transparent,” says Patrick Pruniaux, Managing Director. “It gives us a story behind certain products.” He says his company’s annual contribution to its conservation partners equals “a few percent” of its revenue, which is undisclosed. “Some contribution is better than no contribution,” he says. “What’s wrong is lying.”

Ulysse Nardin is not alone. Last year, Panerai entered into a partnership with the Intergovernmental Oceanographic Commission of UNESCO. Panerai announces that it is donating €300,000 a year to fund an educational program, starting next month, in which its representatives will visit more than 100 universities around the world to present “knowledge of ‘ocean’ created by the IOC. The donation will also fund the development of an online educational tool connecting teachers and students with ocean conservation experts.

“We showed Panerai several options for collaboration and they opted for the boldest one,” says Francesca Santoro, IOC program specialist. “They didn’t want a small project to show they were doing something right. They are committed to providing support throughout the decade. Panerai became the only private sector member of the IOC’s Ocean Decade Alliance, made up of heads of state and leaders of philanthropic organizations.

Ideally, charities would prefer unconditional donations. “It’s relatively easy to get restricted funding,” says Guy Stevens, founder and chief executive of the Manta Trust, a small UK charity backed by family-run Swiss watch company Carl F Bucherer. “But nobody wants to give you money to run a charity.”

However, the trust and the watchmaker first came together in 2012, and over the past decade Stevens said the Swiss brand had donated “hundreds of thousands of Swiss francs” to the charity. so that she can use them as she sees fit. Stevens says Carl F Bucherer’s funds cover about 10% of his annual running costs.

“It is sometimes very important to support a specific communication project”, recognizes Sascha Moeri, managing director of Carl F Bucherer. “But we also have to give Guy the freedom [to use funds] and trust him.

Some nonprofits say the value of piggyback kudos and brand communication strategies can often outweigh the financial benefits.

“Our partnership with Oris has given us a lot of credibility on the international stage,” says Martha Roesler, director of development at the Florida-based Coral Restoration Foundation. “It has helped us grow and attract other corporate sponsors. It has been invaluable. Oris has also made limited-edition watches that verify the foundation’s name, some of which have sold at charity auctions, bringing in more than $25,000 so far, according to Roesler.

The beauty of the watch industry is that it is small but has a voice, says Jean-Marc Pontroué, chief executive of Panerai. “When I speak with Unesco, I tell them to use us as a platform for their communication,” he says.

Still, questions persist about the value of these partnerships. “Supporting conservation activities is always good,” says WWF’s Oettli. “But that’s not the primary responsibility of these brands. [That] is to clean up their act and make their businesses as low-impact as possible.

Some brands seem to agree. Last year, Oris announced that it had been certified climate neutral by ClimatePartner, an environmental consultancy, having paid to offset its global carbon emissions. “Watch brands have a responsibility to have the least possible impact on the environment, because we are making a product that you don’t really need,” says Rolf Studer, co-CEO of Oris. “We don’t provide food. When you talk about being responsible and then use it to market products, you have to be held accountable.

Studer says it took Oris two years to calculate its carbon footprint and it launched a three-year program to reduce its emissions through solar energy collection and international flight limitation programs. Oris will publish its first sustainable development report at the end of March at the Watches and Wonders watch fair in Geneva. “A sustainability report is normally an indicator that a company is doing well,” says Oettli. “The other watch companies do not have a sustainability report.”

But there is a consistency problem.. Some brands have partnerships that promote sustainability and others that seem to work against it. DLG’s Sadigh says that as Chinese consumers become more environmentally conscious, the industry will have to redress the balance or risk losing customers. “You can find companies that are doing incredible things to save the ocean, but they are also sponsoring Formula 1, subsidizing an industry that is having a negative impact on the environment and encouraging people to drive,” he says. “Brands will need to correct these contradictions.”

Others say the problem is deeper. “You can’t just pretend to be greener by using recycled material if it has to be transported all over the planet,” says Oliver Müller, founder of Swiss consultancy LuxeConsult. “The effort has to be aligned. For example, using vegan leathers and pretending you’ve made the world a better place, while still using private jets for your executives, doesn’t make much sense.

The issue of trust remains. Some watch brand CEOs have said that the risks of not being able to prove environmentally friendly behavior are too great. Social media has made it nearly impossible to control bad news. “If you are caught not doing or exaggerating what you said you were doing, it will be a lack of credibility for years,” says Pontroué.

Watch companies will therefore continue to invest in conservation. Oettli says that while he thinks the industry is still stuck in the past, there are positives. “Little [watch] companies used to have sustainability structures, but now we see the professionalization and [brands] Build teams to look at sustainability.

Some argue that the watch industry will be nothing without such measures. “There are no marks on a dead planet,” points out Roesler of the Coral Restoration Foundation.

4 ways the IoT is revolutionizing the financial industry

How blockchain can take the financial industry beyond APIs