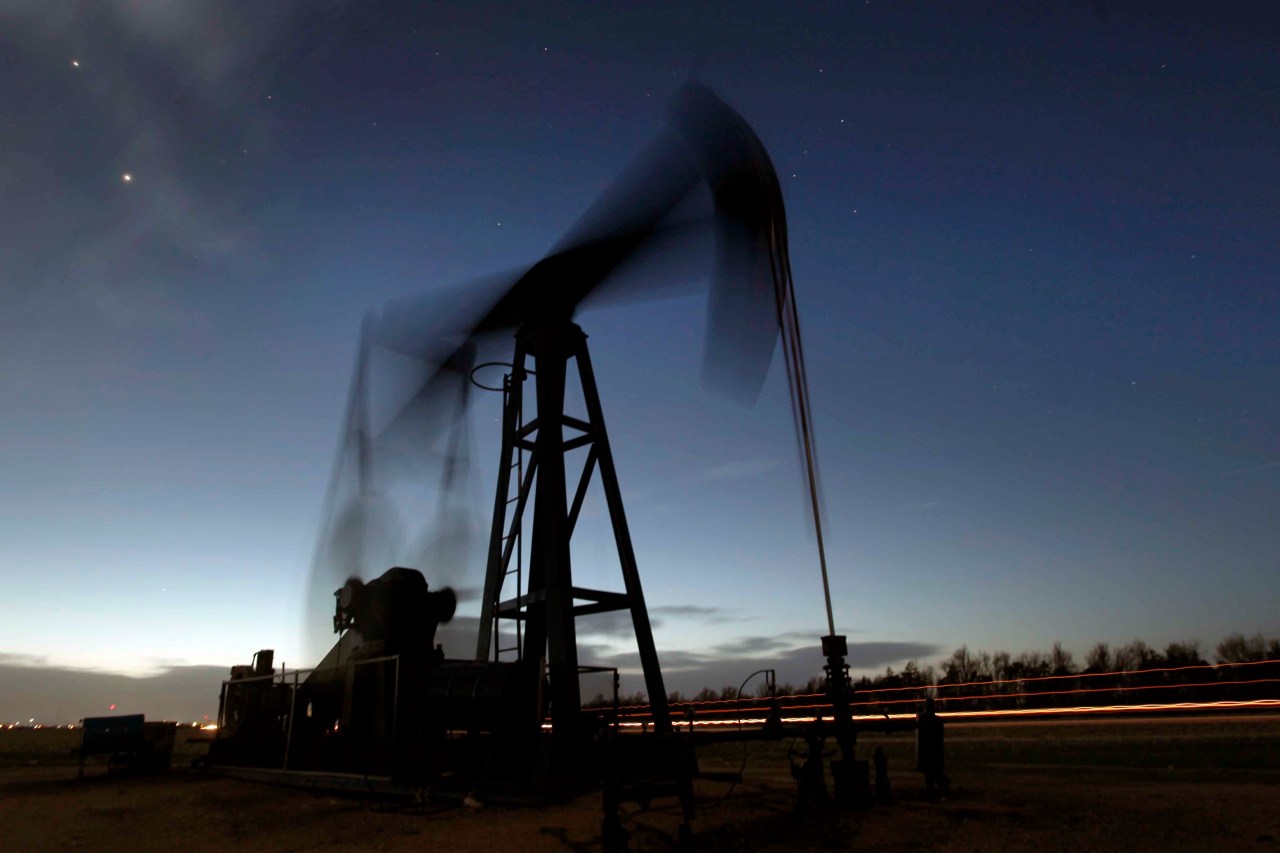 The economic dangers of the Russian invasion reverberate around the world

WASHINGTON (AP) — Moscow’s war on Ukraine and the fierce financial backlash it has unleashed are not just inflicting economic catastrophe on President Vladimir Putin’s Russia. The repercussions are also threatening the global economy, rattling financial markets and making life more perilous for everyone from Uzbek migrant workers to European consumers to starving Yemeni families.

The Ukraine crisis has both amplified each threat and complicated potential solutions.

“We’re actually in uncharted territory,” said Clay Lowery, executive vice president of the Institute of International Finance, a trade group of global banks. “We know there are consequences that we cannot foresee.”

For now at least, the damage to the global economy as a whole seems relatively small, if only because Russia and Ukraine are not economic powerhouses. Important as they are as exporters of energy, precious metals, wheat and other commodities, the two together account for less than 2% of global gross domestic product. Most major economies have only limited trade exposure to Russia: for the United States, it is 0.5% of total trade. For China, around 2.4%.

Barring a major war escalation – far from impossible – “the effects on the United States, China and most emerging countries should be limited,” said Adam Slater, chief economist at Oxford Economics. . It predicts only a 0.2% drop in global GDP this year.

Yet Russia is a vital supplier of oil, natural gas and metals, and rising prices for these commodities are sure to inflict economic damage around the world. Europe depends on Russia for almost 40% of its natural gas and 25% of its oil. For the European continent, Russia’s war has dramatically increased the likelihood of runaway inflation, another economic setback – or both.

Enraged by Putin’s aggression, the United States and other Western nations have targeted Russia with sanctions of unprecedented scale and severity for a major economy. They expelled major Russian banks from the SWIFT international payment system, limited high-tech exports to Russia, and severely restricted Moscow’s use of its foreign currency reserves.

The swift and unified international retaliation against Russia seemed to catch Putin’s regime by surprise.

“The world – or most of it anyway – is besieging Russia economically,” wrote Carl Weinberg, chief economist at High Frequency Economics.

The sanctions quickly did their damage. The Russian ruble plunged to a record low on Monday. Depositors lined up at ATMs to try to withdraw their money from the troubled banking system. Cut off from Google Pay and Apple Pay, Russians were stuck at the counters of metro lines.

The Institute of International Finance forecasts that Russia’s economy will suffer a double-digit contraction this year, worse even than its 7.8% plunge during the Great Recession of 2009.

Oxford Economics said evidence of wars ranging from the Iran-Iraq war of 1980-1988 to the NATO bombing campaign against Serbia in 1999 suggests that a staggering collapse of Russia’s economy by 50% to 60 % is possible.

With its dependence on Russian energy, the European economy is now particularly at risk.

Natural gas prices soared 20% after the start of the war, on top of previous increases, and are now about six times higher than they were at the start of 2021. The gas price shock is fueling inflation higher and inflates utility bills. The result is that households have less money to spend and hopes for increased consumer spending resulting from fewer pandemic restrictions and COVID-19 cases have dwindled.

Escalating gas prices have caused what economists call “demand destruction” among industrial companies, such as fertilizer makers, which use a lot of gas and have now cut production. Farmers pay more to operate machinery and buy fertilizer. The German economy, which shrank 0.7% in the fourth quarter of 2021, would face a technical recession if it contracts again in the first three months of 2022.

The economic slowdown could be offset by an increase in German defense spending. In response to the Russian invasion, Chancellor Olaf Scholz said the government would commit 100 billion euros ($111 billion) to a special fund for its armed forces and increase defense spending above 2% of the GDP.

“The drag on rising prices and the negative effect on confidence could lower real GDP growth in the euro area from 4.3% to 3.7% for 2022,” said Holger Schmieding, chief economist at the Berenberg bank.

The world’s surprisingly robust recovery from the pandemic recession has left companies scrambling to find enough raw materials and components to produce goods to meet growing customer demand. Overwhelmed factories, ports and freight stations have led to shortages, shipping delays and higher prices. Disruptions to Russian and Ukrainian industries could delay any return to normal conditions.

Mark Zandi, chief economist at Moody’s Analytics, noted that Russia and Ukraine together produce 70% of the world’s neon, essential for semiconductor manufacturing. This is all the more worrying as the world, and automakers in particular, are already suffering from a shortage of computer chips.

When Russia seized Crimea from Ukraine eight years ago, neon prices soared 600%, although Zandi notes that chipmakers have since stockpiled neon and sought alternatives to Russian supplies.

Russia and Ukraine together supply 13% of the world’s titanium, which is used to make airliners and 30% of palladium, which goes into cars, cellphones and dental fillings, Zandi said. Russia is also a major producer of nickel, used to produce electric car batteries and steel.

TROUBLE IN THE NEIGHBORHOOD

The conflict and sanctions will also cause damage to Russia’s neighbors in Central Asia. As its own workforce has aged, Russia has turned to young migrant workers from countries such as Uzbekistan and Tajikistan. The families of these workers have come to depend on the money they send home — remittances.

Even at the height of COVID-19 in 2020, remittances from Russia to Uzbekistan topped $3.9 billion and to Kyrgyzstan topped $2 billion, according to Russia’s central bank.

“The pressure on the rouble, foreign banking restrictions and – in the long term – the collapse of the labor market in Russia will have an immediate and profound economic impact on Central Asia,” said Gavin Helf, expert of the Central Asia for the United States. Institute of Peace, wrote this week.

A TENSION ON THE FOOD SUPPLY

Ukraine and Russia account for 30% of global wheat exports, 19% of corn and 80% of sunflower oil, which is used in food processing. Much of the Russian and Ukrainian generosity goes to poor and unstable countries like Yemen and Libya.

The threat to farms in eastern Ukraine and a disruption of exports through Black Sea ports could reduce food supplies just as prices are at their highest level since 2011 and some countries suffer from food shortages.

Anna Nagurney, a management professor at the University of Massachusetts Amherst, described the consequences as “extremely disturbing”.

As ports, airports and railways are closed and young Ukrainians struggle against the Russian invasion, she asked, “Who will harvest? Who would do the transport?

The war in Ukraine coincides with a high risk moment for the Federal Reserve and other central banks. They have been caught off guard by the surge in inflation over the past year, mainly as a result of the surprisingly strong economic recovery.

In January, consumer prices in the United States rose 7.5% from a year earlier, the biggest such jump since 1982. In Europe, figures released on Wednesday are expected to show that inflation accelerated to 6% last month, from 5.1% in January for the 19 countries that use the euro currency.

Now the fighting and sanctions that have disrupted Russia’s trade with the global economy threaten to drive up prices, especially for energy: Russia and Ukraine, Zandi said, together produce 12 % of the world’s oil and 17% of its natural gas.

To fight inflation, the Fed is expected to start raising interest rates when it meets in two weeks, reversing the ultra-low rate policies it adopted in 2020 to help save the economy from the pandemic recession. Likewise, the European Central Bank is phasing out its pandemic stimulus efforts.

But now? Central bankers need to weigh rising inflationary pressures against the risk that the Ukrainian crisis will weaken economies. In Europe, for now, “any hint of a rate hike is out of the question,” said Carsten Brzeski, head of global macroeconomics at ING Bank.

Yet the Fed, sharply accused of being slow to acknowledge the resurgence of inflation, may continue to back away from easy money policies.

Barring a stock market crash or the war widening beyond Ukraine, Zandi said, “I don’t expect any change in the conduct of monetary policy from the Fed to the following the economic cross-currents created by the Russian invasion of Ukraine”. ‘