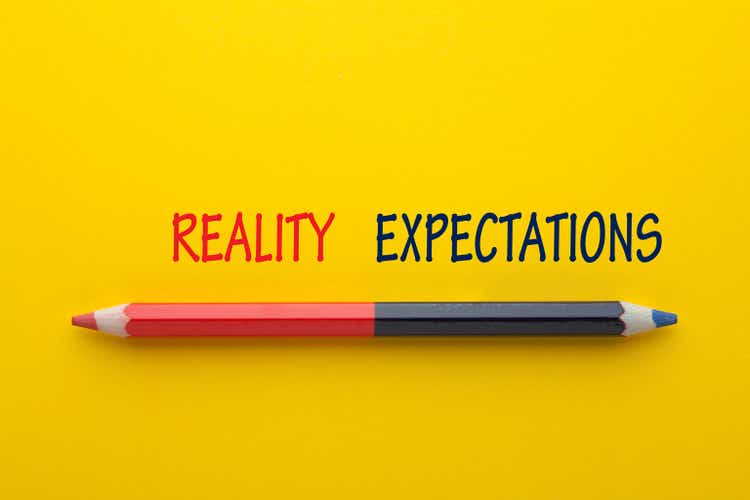 Financial markets enjoyed some respite last week after a string of central bank announcements the previous week. Next week, the focus remains on policy makers, many of whom are expected to appear at the ECB Central Banking Forum in Portugal.

Recessions have moved from a potential consequence of high inflation and rapid monetary tightening to an increasingly likely scenario. Central banks are increasingly putting off a period of negative growth, with Fed Chairman Powell acknowledging last week that it is “certainly a possibility”.

Investors are looking for any indication that inflation has peaked and is on a rapid and sustained downward path, allowing central banks to ease off and avoid too much damage to the economy. We may still have to wait a little longer.

Wall Street will continue to focus on US consumer strength and pay close attention to personal income/spending data, another round of inflation readings and a few key corporate earnings from major retailers. Anger in economic indicators should confirm the trend of weakening business activity. US consumer confidence is expected to decline sharply as personal incomes struggle to keep up with inflation. Earnings from Nike, H&M, Bed Bath & Beyond and Wall Greens could provide further insight into the sharpness of the deceleration we are seeing with consumer spending.

Fed watchers will get more comments from Chairman Powell during his appearance at the ECB’s Central Banking Forum. Fed’s Daly, Mester and Bullard also have scheduled appearances.

President Biden will also attend the G-7 summit, which may contain new measures to ease the global food and energy crisis.

A busy week for Christine Lagarde as she welcomes her peers to the ECB’s Central Banking Forum in Portugal. President Lagarde will be making appearances throughout the week, and traders will no doubt cling to her every word.

Another highlight was Friday’s flash inflation data. Traders are already pricing in a 25 basis point hike in July, then at least some 50 basis points thereafter. There is clearly room for more after a late start from the ECB, and the June inflation data could be the catalyst for a big takeoff next month.

The gas standoff with Russia is not easing, raising the possibility of rationing this winter as the bloc struggles to fill its reserves.

BoE Governor Andrew Bailey’s appearance at the ECB Forum on Wednesday, alongside ECB President Christine Lagarde and Fed Chairman Jerome Powell, is clearly the highlight. The BoE has been reluctant to oversize its rate hikes for fear of worsening the economic slump. But with more and more central banks moving in this direction, the MPC could soon be tempted. Maybe Bailey will drop such clues on Wednesday.

The data is mostly level two and three, with the revised GDP and the manufacturing PMI the highlight. Pressure is mounting on Boris Johnson after the Tories’ double defeat in the by-elections and the resignation of Conservative party chairman Oliver Dowden.

Various data released next week could shed light on the economy’s resilience amid tough Western sanctions and major interest rate and currency shifts. Unemployment is expected to climb to 4.5% from 4% in May, with retail sales falling 5.5% at the same time. Real wages are also expected to have fallen by 6% year-on-year.

No doubt the Kremlin will focus on events in the Bavarian Alps and Madrid next week, with the Russian invasion of Ukraine high on the agenda of the G7 and NATO summits.

Only level two and three data next week, with PPI inflation likely the highlight as the SARB rushes to control inflation.

The CBRT remains committed to its monetary policy experience, whatever the cost. It kept interest rates unchanged at 14% on Thursday, despite inflation at 73.5%. Next week features mostly level two and three data, including the manufacturing PMI and retail prices on Friday.

SNB Chairman Thomas Jordan suggested this week that inflation data underscores the need for further monetary policy tightening after last week’s surprise 50 basis point hike. He said it’s unclear when that will happen, so traders will be on high alert at all future meetings. Given the BNS’s history of surprises, we cannot ignore the possibility of a rise between meetings. Retail sales and the manufacturing PMI are also offered next week.

China reports industrial earnings on Monday, but the main focus will be on official PMIs on Thursday and Caixin PMIs on Friday. The data is expected to show a rebound in manufacturing and services after the reopenings of Shanghai and Beijing. Weaker numbers will spark fears of a slowdown and prompt selling of Chinese stocks.

India’s balance of payments and PMI indices posed downside risks on Friday due to the wheat export ban, droughts, tensions in the electricity sector and a weak rupee. This could prompt more INR selling, with the level nearing record lows this week despite US Dollar weakness internationally.

Australian retail sales on Wednesday pose downside risks that could raise fears of a slowdown. This could lead to short-term weakness in the Australian dollar. Otherwise, local equities continue to track US markets, although if weakness in resource prices persists into next week, this could start to weigh on local equities.

The Aussie dollar is a downside risk as it ends at weekly lows. Its movements continue to reflect its role as traders’ proxy for global investor sentiment.

New Zealand releases ANZ Business Confidence on Thursday and ANZ Consumer Confidence on Friday. Both pose downside risks as rising interest rates and the cost of living continue to be felt, and weak data could boost local stock selling.

Bad numbers could also weigh on the New Zealand dollar, which, like the Australian dollar, ends the week near recent lows. Like the AUD, the general direction of the NZD continues to be dictated by fluctuations in risk/recession sentiment among international investors.

Retail sales in Japan are expected to improve on Wednesday as it continues its reopening phase, and industrial production on Thursday should benefit from a weaker yen. However, the direction of the Nikkei 225 has been highly correlated with the Nasdaq lately, and this may continue. Friday’s Tankan survey could lead to some near-term volatility.

USD/JPY remains highly volatile and fully correlated to the US/Japan interest rate differential. We may still be a long way from the intervention of the Bank of Japan.

Singapore’s PPI is expected to remain close to 30% YoY next week, but looks mostly market priced. Slowdown fears, reflecting the situation in China and the United States, will continue to weigh on local equities. This week’s inflation readings appear to have taken the immediate risk out of the MAS policy tightening ahead of its scheduled meeting in October.

US Wholesale Inventories, US Conference Board Consumer Confidence

Fed Mester speaks during a panel at the ECB Forum

Editor’s note: The summary bullet points for this article were chosen by the Seeking Alpha editors.