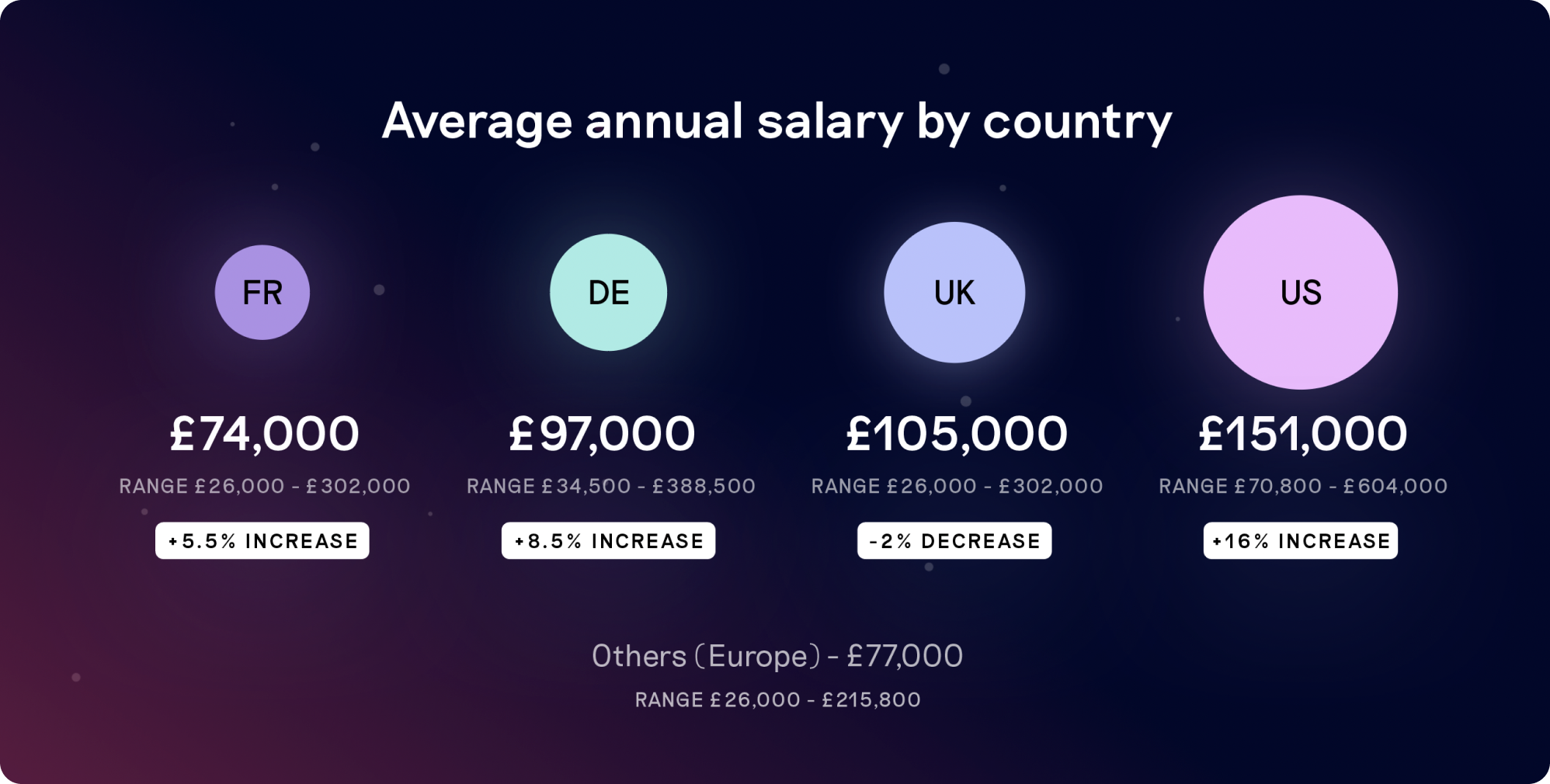 Women in the financial sector earn 30% less than men

In the UK in particular, new survey results have revealed that women are paid on average 30% less than men for the same financial roles. Most telling is the slow progress made with regard to young professionals. Women joining a finance role in the UK today can still expect to be paid 24% less than a male counterpart.

The gender pay gap still exists in Europe and the US
New CFO Salary Benchmark* Study Reveals Overall, Men in Finance in Europe and the US Earn 13% More than their female counterparts, although the gap is much larger in countries such as the UK (30%) and Germany (29%). In the UK specifically, the average female finance worker earns £89,000/€104,000, while her male equivalent earns £116,000/€135,000.

Significant wage variations in the financial sector in Europe
The regional difference in average salaries for finance roles between the UK and the rest of Europe has narrowed compared to 2021. Average annual salaries by country show:

Despite these salary variations, nearly two-thirds (65.4%) of all finance professionals surveyed believe they are fairly compensated – although there are differences of opinion between men and women. Just over half (55%) of men are satisfied with their pay, while more than two-thirds (67%) of women believe they are fairly paid – even though the latter are paid less on average.

Other key findings from the study include:

Reflecting on the findings, Rodolphe Ardant, Founder and CEO of Spendesk, said: “The persistent gender pay gap should be a concern for all companies, which clearly need to do more to create a fairer pay scale. It’s a particularly pressing issue now, with a tight labor market and employees in a position to demand better treatment from their employers. Employers who fail to provide fair compensation and flexibility to their staff risk alienating the best and brightest talent they desperately need to ensure continued growth.